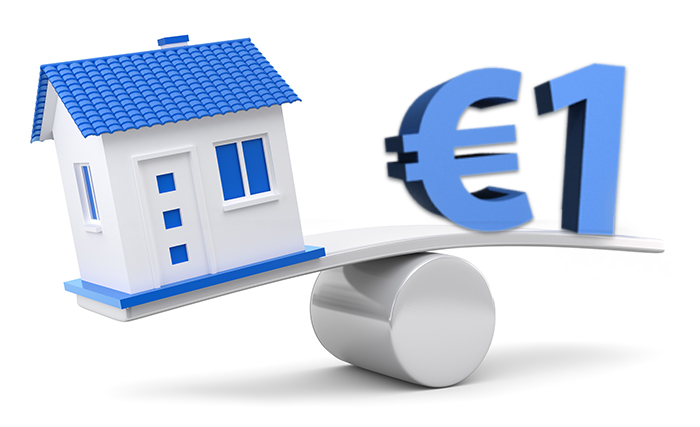 Buy an Italian House for One Euro

2. Who is selling Italian properties for one euro?

3. For sale by Municipalities

4. For sale by private owner

5. Why a sale instead of a gift (donation)

The idea that an Italian property could be purchased for only one euro is attracting a lot of attention and beguiling many people. Recently we have seen a flurry of new stories circulating about this possibility. However, it is actually a relatively old idea. In 2008, the Property-for-One-Euro offer started in a small village in Sicily, called Salemi. Our partner, Nick Metta, was on the front lines of this investment strategy and was invited to Salemi to stand alongside the local governmental authorities to present the deal to foreign investors.

Since then, several other Municipalities have launched similar programs.

At this point, the reader is surely thinking: Why would anyone sell properties for one euro? Are any strings attached? Are there side obligations? Is it actually a good investment or not?

There are two types of situations:

The first situation is the most common and the most known, so we will take a look at that.

Municipalities face different issues that lead them to adopt the Property-For-One-Euro program. One problem especially common in small rural villages is a demography issue. This happens where a large wave of residents have left often to find work in an urban area, leaving behind an elderly population in the village. The local government tries to attract people back to repopulate abandoned housing and hopefully reopen storefronts and restaurants. In this case, the government would prioritize  purchase offers from families with young children.

Some other Municipalities offer houses for one euro when these properties are in a state of ruin or in need of substantial renovation work. The most extreme cases are those of towns that have been badly hit by an earthquake. Typically, the State provides new housing to residents who lost their homes and then the Municipality acquires by law the ownership of the structurally damaged homes. Structurally damaged or otherwise unsafe properties represent a remarkable liability for the Municipality and generate high costs, such as those to restrict access, patrol the area, prevent further collapsing, demolish not salvageable structures, clear the site and dispose of the remnants.

At that point, the local Municipality might find it much cheaper to transfer the “problem” (the ownership) to someone else. Thus they make the offer as appealing as possible, such as giving the property a euro price tag.

Another situation is where the local Municipality owns a property that is in poor condition, but is not quite in ruin. In this case it might still be a burden for the Municipality such as when the investment to refurbish it cannot be justified by its future use or benefit to the Municipality. However, leaving a property empty exposes it to several risks, such as being illegally occupied by squatters or used for criminal activities. All this would also degrade the neighborhood and value of surrounding properties as well as affect the overall quality of life of remaining residents. Additionally, the Municipality would still need to spend money to maintain it.

In similar cases, the Municipality might opt for a Property-for-One-Euro program with the contingency that the buyer must spend at least a pre-set amount of money to fully renovate it. In some cases, especially in historic or protected lands areas, the Municipality also requires that the renovation design and material to be used are consistent with the existing original housing to preserve the identity of the village and traditional construction materials.

The second situation is the one of private owners who sell properties for one euro. Why would anyone sell a house for only one euro? Generally for the same reasons listed above, such as to avoid personal liability. For example, if a piece of the property collapses and hurts somebody, the owner can face the consequences of a compensation claim in a civil court and criminal charges in a penal court.

The situation above has been aggravated when in late 2018, the Italian government issued a new ruling stating that owners can no longer disclaim a property so that it goes into the State’s possession if it has  no value or the value is lower than the cost needed to address the liabilities. The only other option is to try to sell it to somebody else.

The local Municipality might step in to facilitate the transaction by offering the buyer a fast track and other building permit shortcuts to enable the property to be returned to a safe condition as easily and smoothly as possible.

Also, in some cases the local Municipality actually even promotes and advertises the sale, even if the property is privately owned. This happens when the Municipality has a vested interest in the deal, such as to increase demography, safety or even just aesthetics.

Under Italian law, a donation is treated as an early inheritance distribution. In other words, it is considered a portion of inheritance that is assigned to the beneficiary prior to the donor’s death. Italian inheritance law has distribution restrictions which are in favor of certain family members. If these prioritized family members believe that the donation value affected the share designated for them by law, they are entitled to file a reduction claim action in Court, after the donor’s death. This could invalidate the donation and allow the inheritors to collect the share that they are entitled to under the inheritance laws. Such reduction action is pursued against the donation beneficiary and, if the latter has already transferred the property to someone else, against the property owner at the time of the court action. Such action is called in Italian “azione di riduzione”. A reduction action, if successful, might imply the obligation to return the property or pay the respective value to the entitled subject.

Some people claim that buying a property for one euro, instead of receiving it as a gift, shields the transaction from reduction claims. However, in a Court case it does not really matter what you call it: if you pay one euro for a property without putting in the contract all the circumstances and details to support the fact that the value is actually and effectively only one euro, or even less, a judge can qualify the transaction as a gift and say that the parties actually meant to transfer the property as a gift and that the symbolic price of one euro is the evidence of the parties’ real intentions. Therefore, when purchasing a property for one euro you should be certain to have all the legal claims and stipulations documented upfront with the assistance of a legal expert and signed in front of a notary to protect your investment from any legal claims down the road.

In some of the above mentioned Municipalities that were affected by earthquakes, special laws establish that transfer taxes do not apply to the sale of damaged properties. This represents a further incentive to buy one of these properties.

Otherwise the sale of a one euro property is subject to the minimum transfer taxes: € 1,100.

Some investors are targeting these houses-for-one euro opportunities. This might be a great investment in some cases. For example, with the short-term rental business being easier and appealing for small property owners and travelers, some investors are buying properties to be refurbished and rented in Municipalities that are aggressively pursuing  the one euro program. These villages might become the next hot destination for travelers and the investor might achieve a remarkable increase in equity.

Additionally, there are tax credits in favor of private property owners who do renovation work. It is possible to get 50%-65% back in tax credit when renovating a residential unit. Such tax credit can be used for the next 10 years.

A feasible scenario in the current market is for an investor to buy a house for €1, spend €90,000 to refurbish it, use €45,000 (or more) as a tax credit (€4,500 or more per year) to completely offset the rental income, see property equity increase while everyone in town celebrates investors as the village saviors!

We have worked on numerous transactions subject to similar incentives and are well-versed in all the potential legal implications of purchasing a property for one euro. Contact us now to discuss your specific circumstances. We would be happy to assist you with your investment. 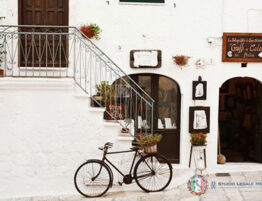 7% Flat Tax on Foreign Income Thinking of retiring to Italy? You could take advantage… 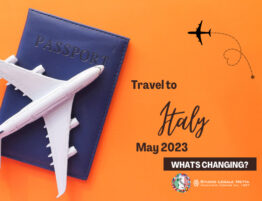 Posted in: NEWS, VISA AND IMMIGRATION 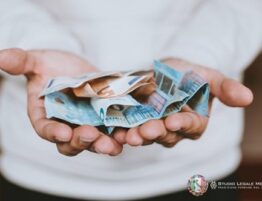 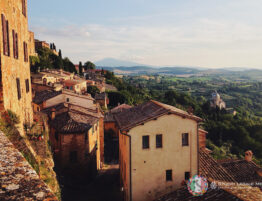 
The Italian government has extended the ‘first home bonus’ for the whole of 2022. Here’s… 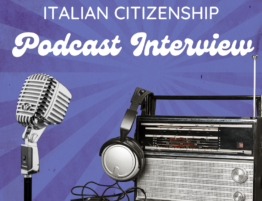 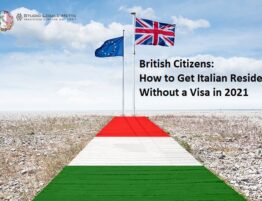 
Brexit and Italian Residency Without an Italian Visa 2021 Legal Update Question: I am a… 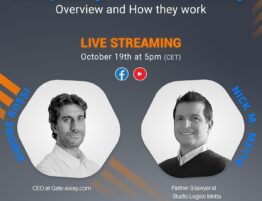 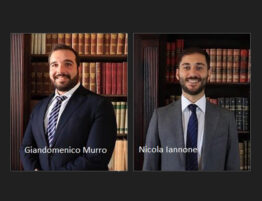 
We use cookies on our website to give you the most relevant experience by remembering your preferences and repeat visits. By clicking “Accept All”, you consent to the use of ALL the cookies. However, you may visit "Cookie Settings" to provide a controlled consent.Read More
Cookie SettingsReject All Accept All
Manage consent

This website uses cookies to improve your experience while you navigate through the website. Out of these, the cookies that are categorized as necessary are stored on your browser as they are essential for the working of basic functionalities of the website. We also use third-party cookies that help us analyze and understand how you use this website. These cookies will be stored in your browser only with your consent. You also have the option to opt-out of these cookies. But opting out of some of these cookies may affect your browsing experience.
Necessary Always Enabled
Necessary cookies are absolutely essential for the website to function properly. These cookies ensure basic functionalities and security features of the website, anonymously.
Functional
Functional cookies help to perform certain functionalities like sharing the content of the website on social media platforms, collect feedbacks, and other third-party features.
Performance
Performance cookies are used to understand and analyze the key performance indexes of the website which helps in delivering a better user experience for the visitors.
Analytics
Analytical cookies are used to understand how visitors interact with the website. These cookies help provide information on metrics the number of visitors, bounce rate, traffic source, etc.
Advertisement
Advertisement cookies are used to provide visitors with relevant ads and marketing campaigns. These cookies track visitors across websites and collect information to provide customized ads.
Others
Other uncategorized cookies are those that are being analyzed and have not been classified into a category as yet.
SAVE & ACCEPT